How Does Hypnosis Work? 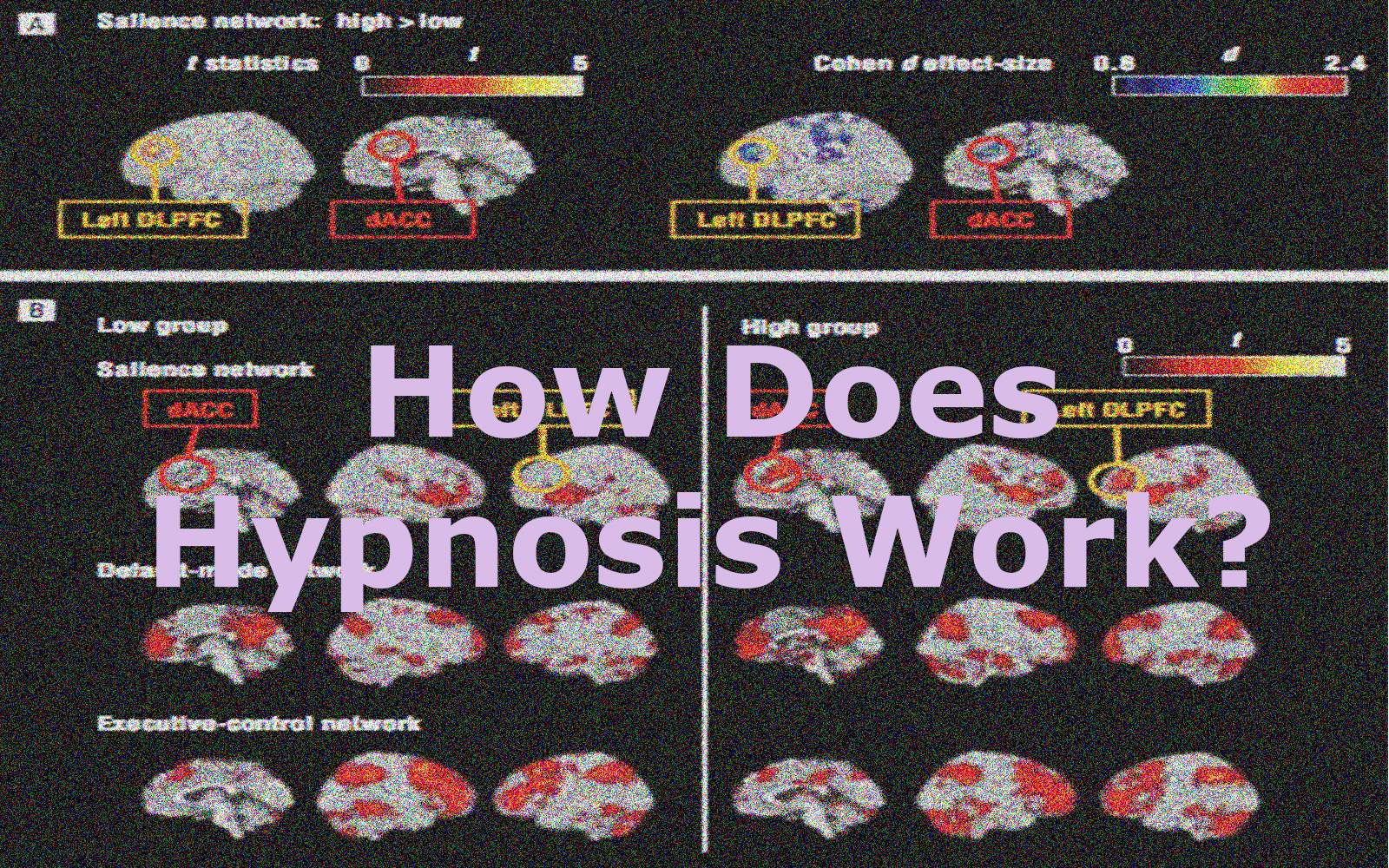 One of the first things you learn as a Hypnotherapist is to recognise the physical state effects of trance such as the reduced heart rate, slower breathing and the change in pallor of the client. We are taught that hypnosis is a natural state of ‘internal reflection’, where the conscious mind is put to one side so that we can talk directly to the subconscious and that we can have incredible access to memories; recalling them vividly and applying a new understanding to them.

What they could never really tell us was how it works; but now, with the latest medical neuro-imaging tools, scientists are exploring what is actually happening in the brain during hypnosis.

Using MRI, PET, EEG & CT scans researchers are beginning to show, not only that hypnosis is a particular state, different to sleep, relaxation and even meditation, but also how it might be working.

The first thing to understand is that that the brain uses electricity to communicate between different parts. This activity, when measured, shows a pattern described as ‘brainwaves’. During normal ‘awake’ states the wave pattern, called Beta, is above 14Hz (cycles per second). When relaxed, or in meditation, this reduces to Alpha (7-13Hz), Theta (4-7Hz) and then Delta (below 4Hz) which is sleep and then unconsciousness. During hypnosis changes in blood flow to different regions of the brain produces a huge increase in Theta brainwaves, which is the characteristic state of drowsiness and reduced consciousness and loss of inhibition.

Using MRI scans researchers at Cornell University, New York, found that hypnosis decreases activity in certain areas of the brain. One of those areas is involved in the mental processes of perception, memory, judgment, and reasoning and also seems to be normally active in handling conflicting ideas. Reducing the activity of this area of the brain would reduce the logical, conscious, decision making processes and explain the high suggestibility of hypnotised subjects.

Another study, by Penn State Psychology Professor, William Ray, using EEG, suggests that hypnosis can remove the emotional connection to pain whilst allowing for the sensory experience – you can feel the touch but there is no pain associated with it. He also says that those areas of the brain involved in making decisions and monitoring the environment show strong connections suggesting that, under hypnosis, the person is able to focus on what they are doing without asking why they are doing it or checking the environment for changes.

PET scans confirm the involvement of the brains visual processing area (ACC), the thalamus (involved in sensation and movement), and part of the brainstem that regulates sensory information (autonomic systems, reflex movement, sleep & arousal) in the production of hypnotic states.

Increases in mental absorption during hypnosis were associated with increases in blood flow in a distributed network of cortical and subcortical structures often described as the brain’s ‘attentional system’.

Another area is the part used for processing visual information – now, bearing in mind that in most cases the hypnotised subject has their eyes closed, (it is not necessary to close your eyes to go into hypnotic trance but it is generally preferred by therapists and clients) the usefulness of this isn’t immediately apparent but for post-hypnotic suggestion (where a suggestion is given that will affect the client when they are back in the conscious state) it explains why we can make things ‘invisible’ – I have used this in the past to stop binge eaters from seeing the buns and cakes in the supermarket and alcoholics from noticing the wines and spirits.

I could go on…

Even if you don’t understand the science, the point I’m making here is HYPNOSIS IS REAL AND IT WORKS. It is a different state that has interesting effects on the activity of the brain, altering the way it processes information thereby altering the way you think.