How Your Mind is Making You Fat 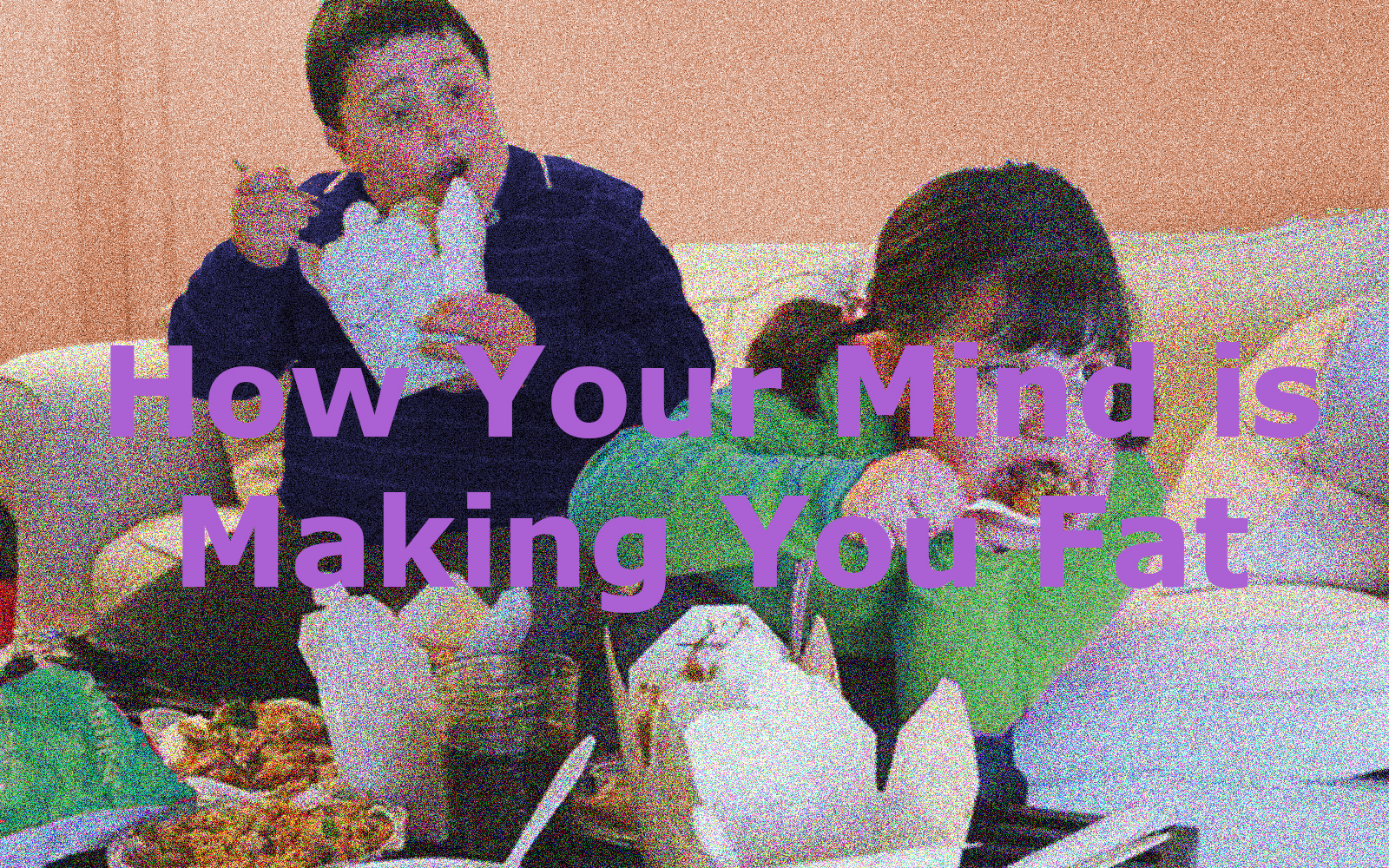 We don’t generally see overweight animals, except perhaps those pampered pets who, on the whole, have the same issues with food as the humans who take care of them. This is because animals tend to eat to survive whereas we humans have so many other reasons to eat.

Eating has become a social thing for us, a celebration, a token of love and care, a reward in good times or a comfort in bad times. We meet with friends for a coffee and cake or with a partner for a ‘romantic dinner for two’. If you are trying to lose weight, these social occasions can be as hard as going to a party can be for an alcoholic. Temptation is there on the dessert trolley and the buffet table, the supersize takeaways and the all-you-can-eat spread. And the worst part about this is that you have been taught that it’s a waste of food to leave some on your plate, or that you need to stuff yourself to get your money’s worth.

There is the crux; if you are overweight it is most likely that you have been taught some bad habits such as:

Comfort Eating: which is often caused during childhood when an adult gives you a sweet or a biscuit to stop you crying when you are sad or hurt. This becomes any situation where you don’t feel good so that low self-esteem makes you turn to food and the excess weight causes you to feel even worse about yourself.

Boredom Eating: often when people tell you that they eat when they are’ bored’ it doesn’t actually mean that they haven’t got anything to do. Like children who say they are bored, it generally means that any of the things that they do have to do are not giving them the satisfaction they need. Often their lives are not satisfying; they may be doing a job they dislike, trying to be something that they feel the ‘should’ be (not every stay-at-home mother is suited to the job!), in short, they are not following their own Passions.

Eating Excessively: were you brought up to ‘clear your plate’ and ‘not waste food’? This becomes a deeply seated and unconscious habit. You may find yourself clearing other’s plates, especially the food your children have left unfinished. That ‘training’ switched off your natural ability to know when you have had enough. Or perhaps you pile more on your plate than you need because you feel envious of others who can eat more and not put weight on. This is often caused by feelings of not being ‘as good’, for instance, growing up being compared to someone else or being given less (not necessarily food, perhaps attention) than a sibling.

Eating Unconsciously: If you eat whilst doing something else, watching TV for instance, you eat more. Letting yourself to get too hungry may mean you ‘shovel’ food into your mouth not allowing you to smell, taste and savour the food.

These are just some of the ways your thinking can cause excess weight, and these issues have to be addressed if you ever hope to lose that excess for good. The problem is that these are subconscious reactions that probably became part of your programming in the first few years of life, either things that you saw or things you were told as a very young child. At a time before you had the ability to screen out information or decide the sense of it for yourself. This is a time when your brainwave activity is resonating in what is called Theta (4-7Hz), the same level of brainwaves that we use in hypnosis. In other words, up until around 7yrs old you are in a state of hypnosis, a state in which information is absorbed straight into the subconscious! What better way to override this auto-input than to use the same state to change it that was used to store it in the first place?